Find out how Deployment Orchestration with MidVision RapidDeploy can reliably accelerate application deployments. 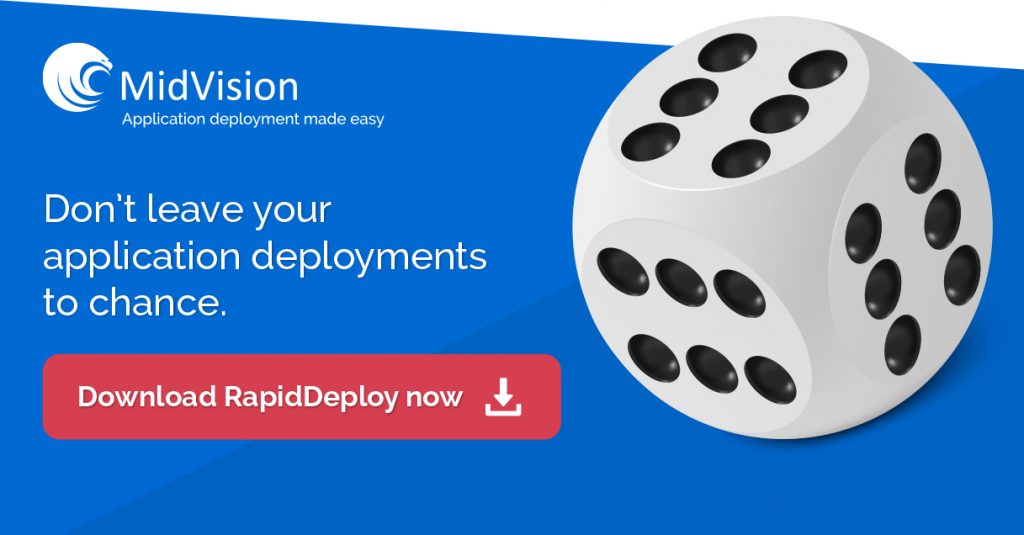 Add to this the requirement to deploy each application multiple times as it’s promoted through the software delivery life cycle – in development as applications are packaged and deployed, in Test environments for QA or Non Functional Testing, in Pre-Production for User Acceptance and finally into production.
Organisations with these issues are becoming aware that the current processes and procedures are not robust or efficient enough to handle todays workload – let alone scale to meet future increased demand.

RapidDeploy is designed to deal with complex enterprise release processes – for organizations that need to orchestrate multi components releases into a single unit of work.

MidVision RapidDeploy orchestrates application deployments, middleware configurations and database updates – not only using the inbuilt automation capabilities that come with the product but also allows organisations to execute domain specific automation routines that have been scripted internally into a cohesive, secure and auditable deployment process.

Imperative Workflow processes are used to control the execution of both out of the box actions and customer produced scripting – to reliably acclerate the release and promotion of software updates through the application life cycle.

Enterprise Application Releases often require multiple components to be released together. For example, in a traditional multi tier environment we may want to deploy an application update to a Java or .Net application, along with an associated change to a Database.

RapidDeploy provides the capabilities to allow multiple applications to be released together – defining the order of deployments, whether they should run in serial or parralell (e.g. only deploy the database update once ALL the application servers have been updated), what should happen in the event of failures, etc.

Versioning of Application and Middleware Configurations

Almost all organisations have some system of versioning applications updates. Application changes are almost without exception made to a source control systems, some type of automated build / CI process is used to generate a versioned application artifect. No organisation would allow a developer onto a production system – to fix the  code live on the server itself.

Yet, within IT that is what many organisations are still doing. System Admins log onto servers to deploy changes and apply fixes. No record of these changes are kept – and we have no effective version of changes to either promote, rollback or record what has occured.

Modern Application Release Automation tooling like RapidDeploy fixes this. It stores all the actions and meta data required to deploy applications, along with all the associated configuration, in a versioned and auditable manner.

This allows organisations to employ the same regor and control for application code changes to all of their IT systems using versioned release processes that are idempontent.

It is not only the order of application deployments that can need orchestrating, but it can be the versions of the components that need to be deployed together.

These applications are not loosely coupled and are related to each other at specific versions. RapidDeploy allows users to define and manage application relationships, including the versions of the constituent parts, and ensure they are released together through the deployment pipeline. 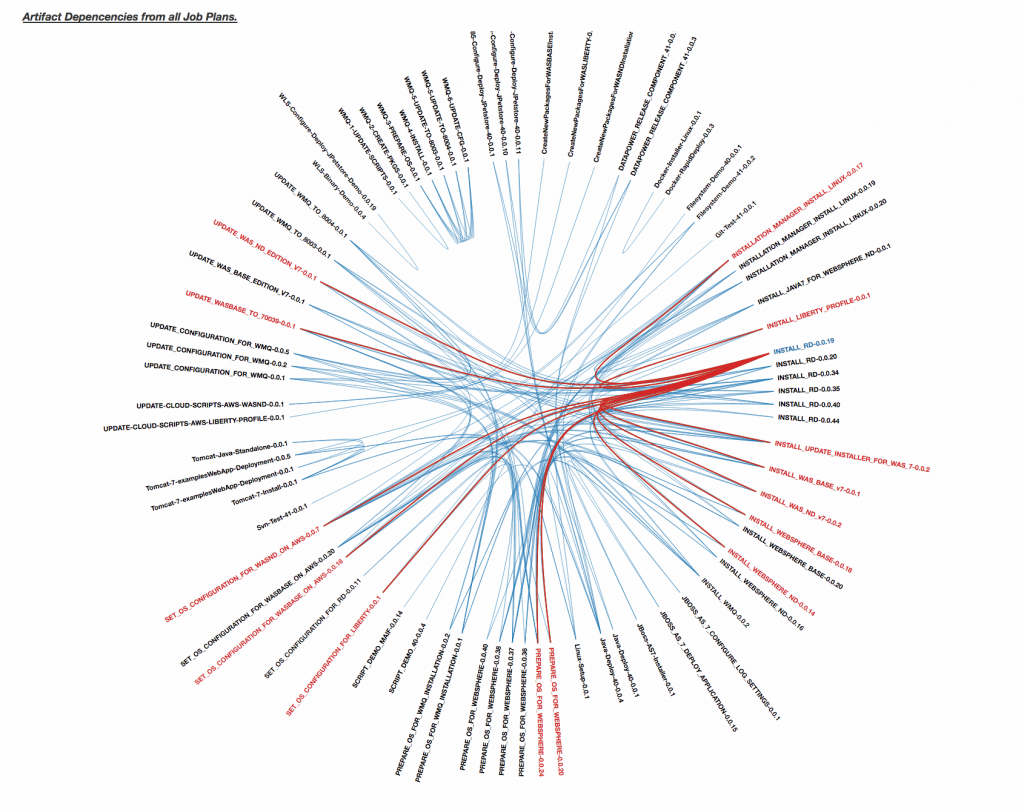 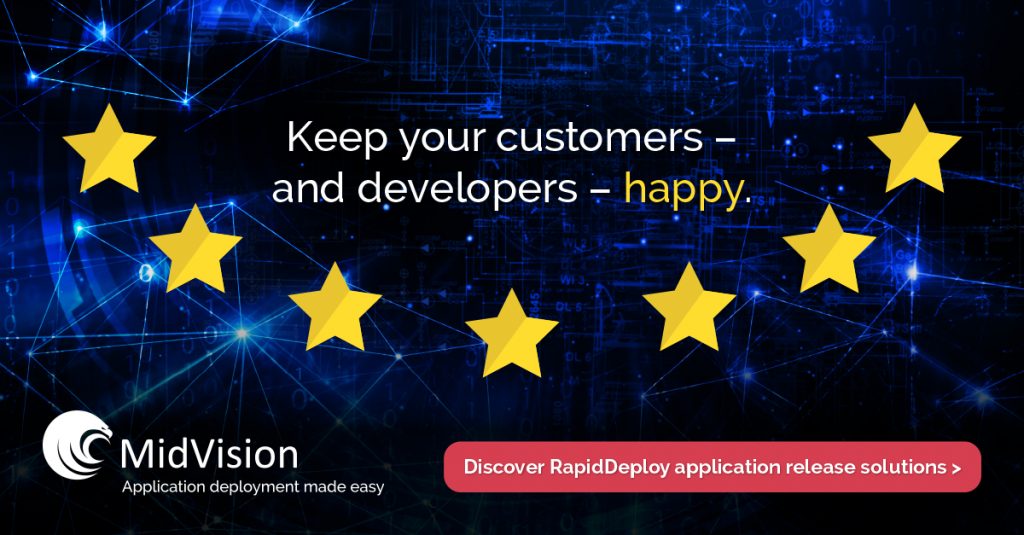